Navy Backing Off 355 Ships, But Closer on Refueling Drone

SEA-AIR-SPACE: The Navy kicked off the biggest sea-based conference of the year on Monday by going slow — downplaying the promise of a 355-ship fleet and postponing a deadly upgrade to unmanned aircraft.

“We caution everybody that 355 is a target,” Vice Adm. William Merz, the Navy’s deputy chief for warfare systems, told the conference crowd here at National Harbor. It’s much more important “to focus on the sum of the parts,” he added, suggesting that getting the most capable ships and aircraft — both new construction and upgrades — and finding the right mix of operational plans for different regions is more important than the number of hulls in the water.

His comments reverse course from the Navy’s December 2016 report that called for 355 ships, which echoed a longstanding Republican position — endorsed by then-candidate Trump — for about 350 ships. The admirals quickly got on board with that plan. But as early as his confirmation hearing, Navy Secretary Richard Spencer sounded a note of caution about how fast the fleet could really grow, as have both analysts and Navy officials. In recent weeks, the Navy has backed away more explicitly from the number, revising its 30-year goal down to 342 ships by 2039.

Merz explained Monday that “capability is where we would really like to put most of our energy,” as “that’s where we can return capability and make our fleet more lethal much more quickly than just building capacity.”

One of the arguments for a larger fleet is the stress crews have experienced from back-to-back deployments that have cut into training and test time. Citing the spate of deadly accidents during which Navy jets have crashed during training and ships collided with civilian vessels in the open ocean — killing 17 sailors last summer in the span of two weeks — Merz said “those collisions were the indicator that we’re at the breaking point on stressing the fleet, and it’s not just contained to the surface Navy. They had a crucible event, but it gave us pause to look at all elements of naval operations. I made reference to the aviation readiness. The attack submarine maintenance.”

“Every component of the Navy is struggling under sustaining the operational pace and the resourcing environment we’ve been living through,” Merz continued. :So this is all evidence for reducing operations, increasing resources, looking at training, looking at the pipelines, leveraging trainers, leveraging gaming techniques, leveraging the other services – it’s all on the table.” 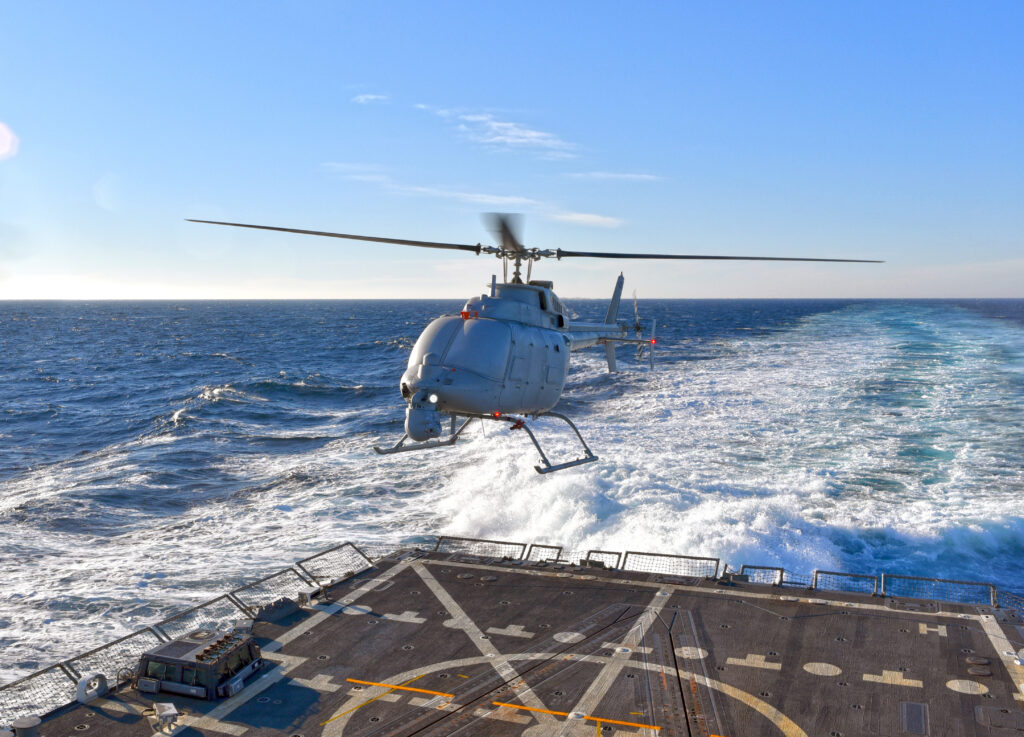 No Missiles For Fire Scout, For Now 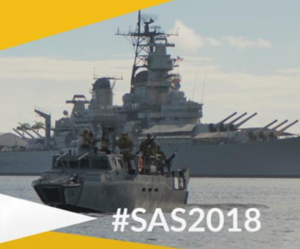 One thing not on the table is a weaponized MQ-8C Fire Scout. At least right now.

The Navy has long wanted to arm the Fire Scout — which they want to operate aboard Littoral Combat Ships — with the Advanced Precision Kill Weapon System (APKWS), a BAE Systems technology that  transforms unguided 2.75-inch rockets into precision-guided killers.

But that dream won’t be fulfilled until at least 2023,  said Capt. Jeff Dodge, who manages Fire Scout. The APKWS “is in hiatus right now as we deal with ship integration issues and the limited magazine space that we have in trying to find out what the weapons mix should be” on the LCS he told reporters on Monday.

In other words, there’s no room on the LCS to put the guided system on the dumb bombs, and the Navy isn’t sure what to do next. Service leaders are currently re-imagining what weapons systems might be useful on the LCS platforms, and the Fire Scout, which is slated to enter service late this year, might not make the cut.

One bright spot on the day was the progress seemingly being made on the Navy’s unmanned tanker drone program, the MQ-25 Stingray, with Lockheed Martin announcing that their entry into the competition will include the General Electric F404 turbofan engine (which powers the Super Hornet) and landing gear made by United Technologies Corp.

The company’s Skunk Works office unveiled a “flying wing” concept dubbed the Stingray that differs from the designs from competitors General Atomics and Boeing, who are working on wing-body aircraft.

The Navy says its on track to choose a MQ-25 vendor this summer, and will award a contract for the four engineering and manufacturing development aircraft